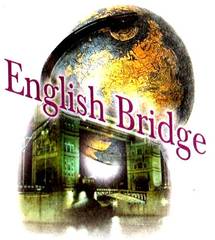 - what was the original name of the british capital?

1 point of view: The etymology of London is uncertain. It is an ancient name and can be found in sources from the 2nd century. It is recorded c. 121 as Londinium, which points to Romano-British origin. The earliest attempted explanation, now disregarded, is attributed to Geoffrey of Monmouth in Historia Regum Britanniae. This had it that the name as originated from a supposed King Lud, who had allegedly taken over the city and named it Kaerlud. From 1899 it was commonly accepted that the name was of Celtic origin and meant place belonging to a man called *Londinos; this explanation has since been rejected. Richard Coates put forward an explanation in 1998 that it is derived from the pre-Celtic Old European *(p)lowonida, meaning 'river too wide to ford', and suggested that this was a name given to the part of the River Thames which flows through London; from this, the settlement gained the Celtic form of its name, *Lowonidonjon. Until 1889 the name officially only applied to the City of London but since then it has also referred to the County of London and now Greater London.

- 2 point of view: From Wikipedia, the free encyclopediaFor other uses, see London (disambiguation).

i/ˈlʌndən/ is the capital city of England and of the United Kingdom. It is the most populous region, urban zone and metropolitan area in the United Kingdom. Standing on the River Thames, London has been a major settlement for two millennia, its history going back to its founding by the Romans, who named it Londinium.[5] London's ancient core, the City of London, largely retains its 1.12-square-mile (2.9 km2) mediaeval boundaries and in 2011 had a resident population of 7,375, making it the smallest city in England. Since at least the 19th century, the term Londonhas also referred to the metropolis developed around this core.[6] The bulk of this conurbation forms the London region[7] and the Greater London administrative area,[8][note 1] governed by the Mayor of London and the London Assembly.[9]

London is a leading global city,[10][11] with strengths in the arts, commerce, education, entertainment, fashion, finance, healthcare, media, professional services, research and development, tourism and transport all contributing to its prominence.[12] It is one of the world's leading financial centres[13][14][15] and has the fifth- or sixth-largest metropolitan area GDP in the world depending on measurement.[note 2][16][17] London is a world cultural capital.[18][19][20][21] It is the world's most-visited city as measured by international arrivals[22] and has the world's largest city airport systemmeasured by passenger traffic.[23] London's 43 universities form the largest concentration of higher education in Europe.[24] In 2012, London became the first city to host the modern Summer Olympic Games three times.[25]

London has a diverse range of peoples and cultures, and more than 300 languages are spoken within its boundaries.[26] London had an official population of 8,308,369 in 2012,[2] making it the most populous municipality in the European Union,[27] and accounting for 12.5% of the UK population.[28] The Greater London Urban Area is the second-largest in the EU with a population of 9,787,426 according to the 2011 census.[3] The London metropolitan area is the largest in the EU with a total population of 13,614,409,[note 3][4][29] while the Greater London Authority puts the population of London metropolitan region at 21 million.[30] London had the largest population of any city in the world from around 1831 to 1925.[31]